Giovanni Battista Moroni was an Italian painter of the Late Renaissance period. He also is called Giambattista Moroni. Best known for his elegantly realistic portraits of the local nobility and clergy, he is considered one of the great portrait painters of sixteenth century Italy.

Moroni was the son of architect Andrea Moroni. He trained under Alessandro Bonvicino "Il Moretto" in Brescia, where he was the main studio assistant during the 1540s, and worked in Trento, Bergamo and his home town of Albino, near Bergamo, where he was born and died. His two short periods in Trento coincided with the first two sessions of the Council of Trent, 1546–48 and 1551–53. On both occasions Moroni painted a number of religious works (including the altarpiece of the Doctors of the Church for the church of Santa Maria Maggiore, Bergamo) as well as the series of portraits for which he is remembered.

During his stay in Trento he also made contact with Titian and the Count-Bishop, Cristoforo Madruzzo, whose own portrait is by Titian, but for whom Moroni painted portraits of Madruzzo's sons. There were nineteenth-century claims that he was trained by Titian at Trento, however, it is improbable that he ever ventured to the Venetian's studio for long, if at all. Moroni's period as the fashionable portraitist of Bergamo, nowhere documented, but in the inscribed dates of his portraits, is unexpectedly condensed, spanning only the years ca. 1557–62, after which Bergamo was convulsed in internecine strife and Moroni retired permanently to Albino, (Rossi, Gregori et al.) where, in his provincial isolation, he was entirely overlooked by Giorgio Vasari. His output at Bergamo, influenced in part by study of the realism of Savoldo, produced in the few years, a long series of portraits that, while not quite heroic, are full of dignified humanity and grounded in everyday life. The subjects are not drawn exclusively from the Bergamasque aristocracy, but from the newly self-aware class of scholars, professionals, and exemplary government bureaucrats, with a few soldiers, presented in detached and wary attitudes with Moroni's meticulous passages of still life and closer attention to textiles and clothing than to psychological penetration.

His output of religious paintings, destined for a less sophisticated audience in the local sub-Alpine valleys, was smaller and less successful than his portraits: "the exact truth of parts nowhere added up, in his altar pictures, even to the semblance of credibility", Freedberg has observed of their diagrammatic schemes borrowed from Moretto, Savoldo, and others. for example, he painted a Last Supper for the parish at Romano in Lombardy; Coronation of the Virgin in Sant'Alessandro della Croce, Bergamo; also for the cathedral of Verona, SS Peter and Paul, and in the Brera of Milan, the Assumption of the Virgin. Moroni was engaged upon a Last Judgment in the church of Gorlago, when he died. Overall, his style in these paintings shows influences of his master, Lorenzo Lotto, and Girolamo Savoldo. Giovanni Paolo Cavagna was an undistinguished pupil of Moroni, however, it is said that in following generations, his insightful portraiture influenced Fra' Galgario and Pietro Longhi. 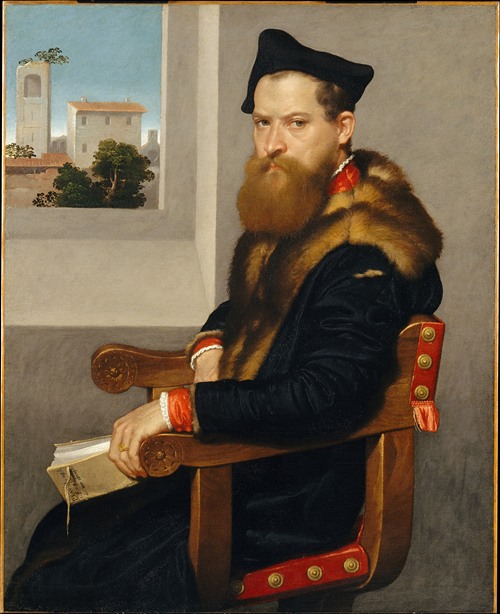 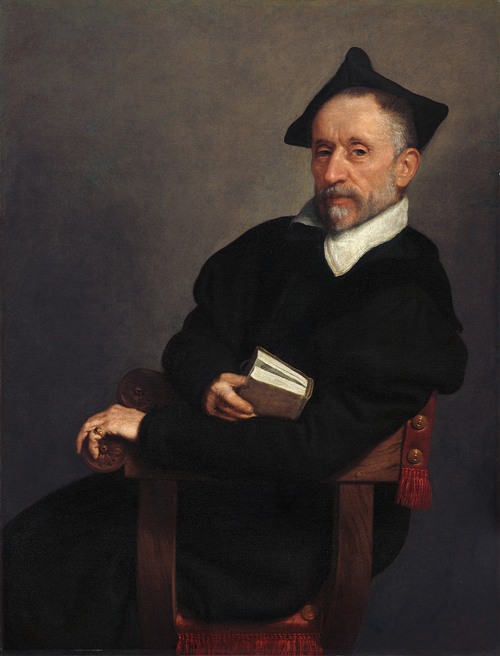 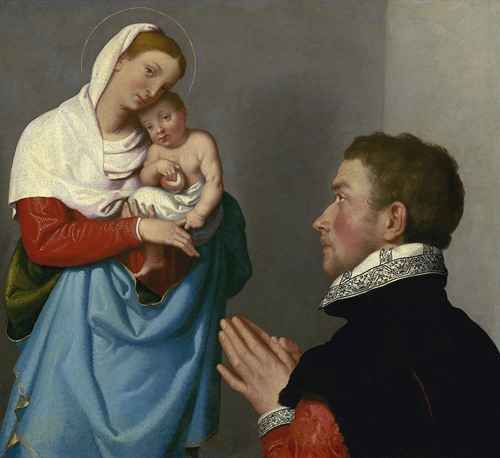 A Gentleman in Adoration before the Madonna (c. 1560) 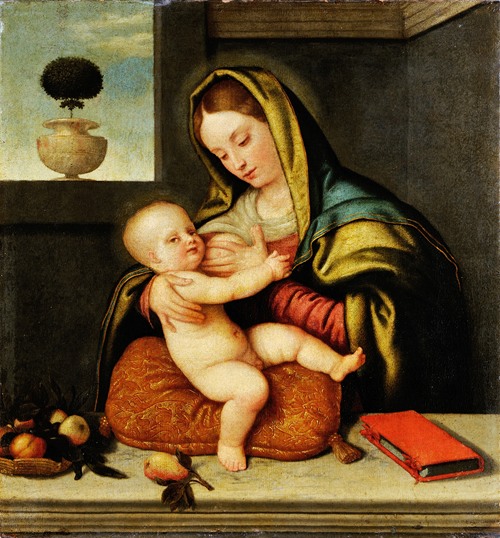 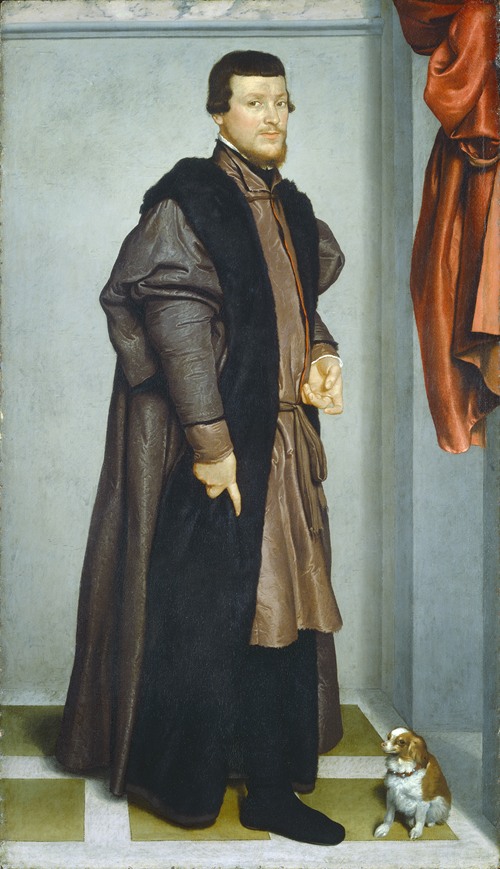 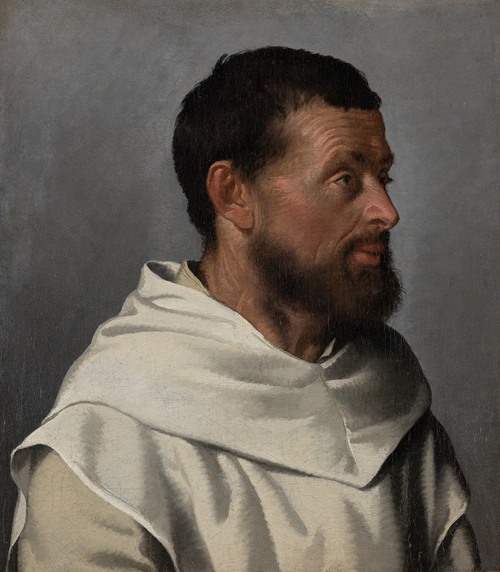 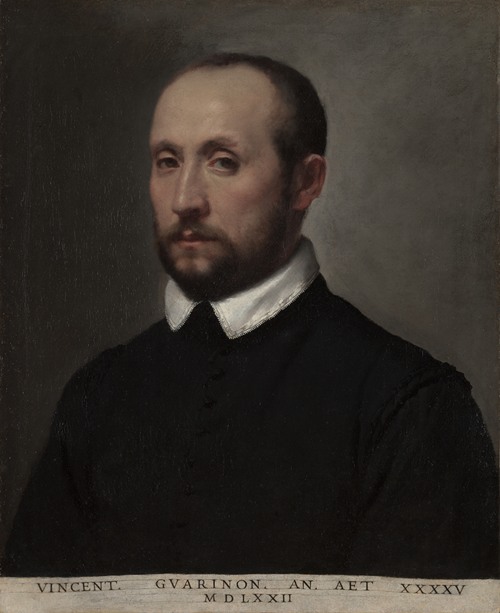 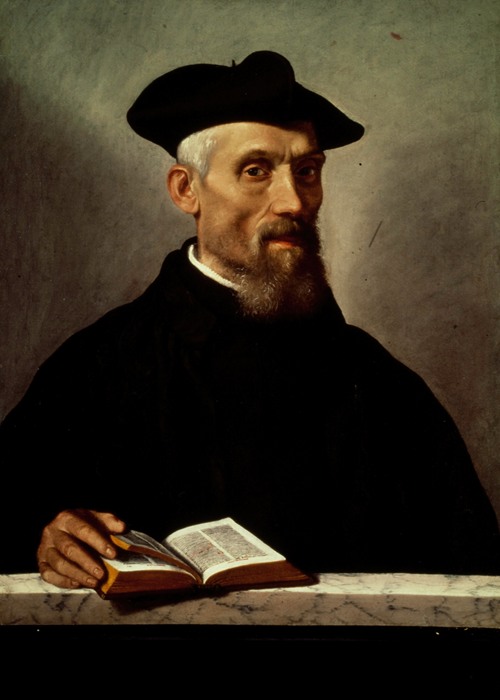 Portrait of an Ecclesiastic (late 1550s) 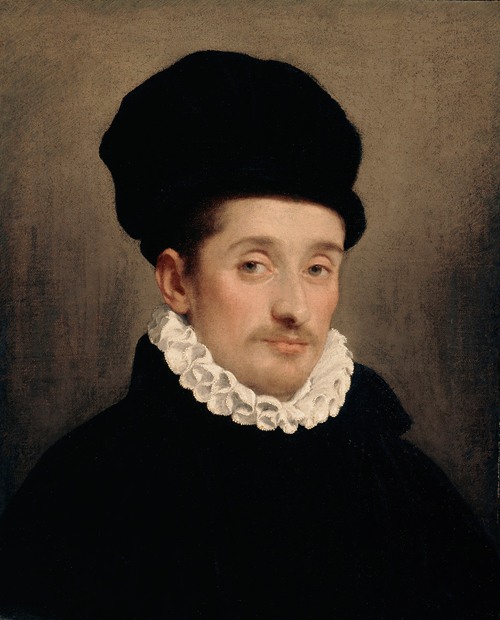 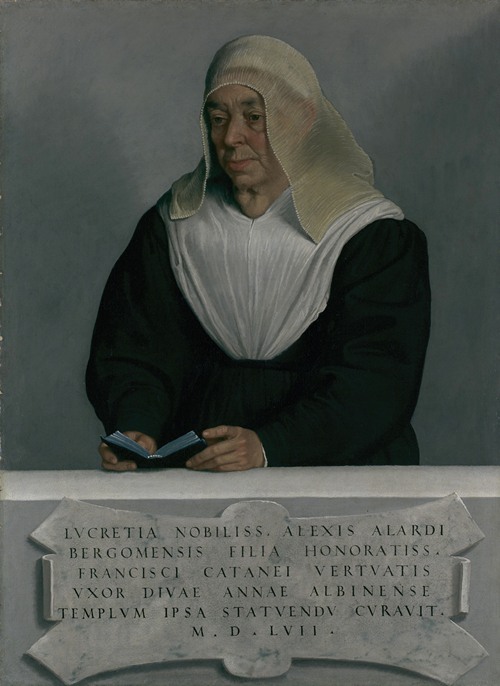 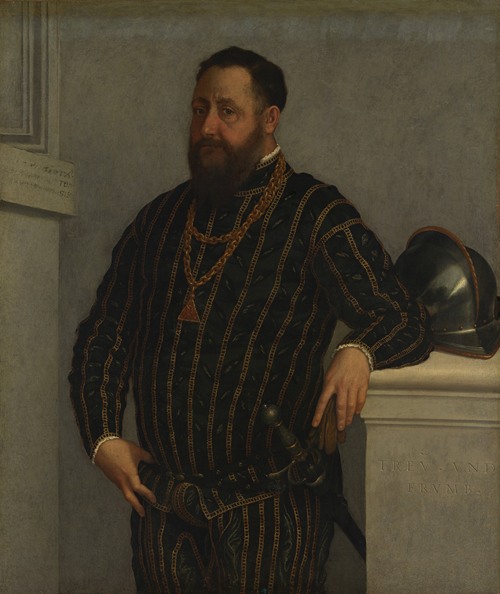 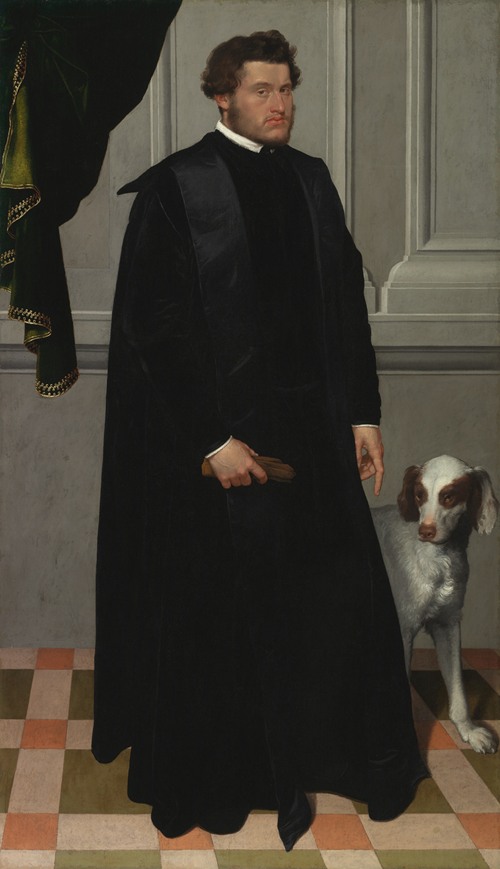 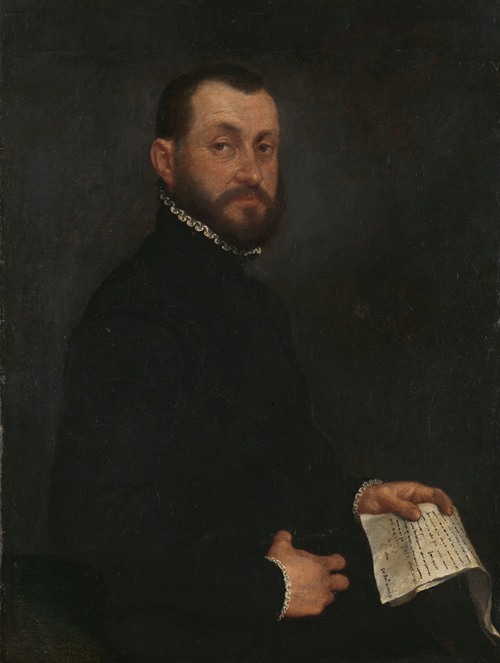 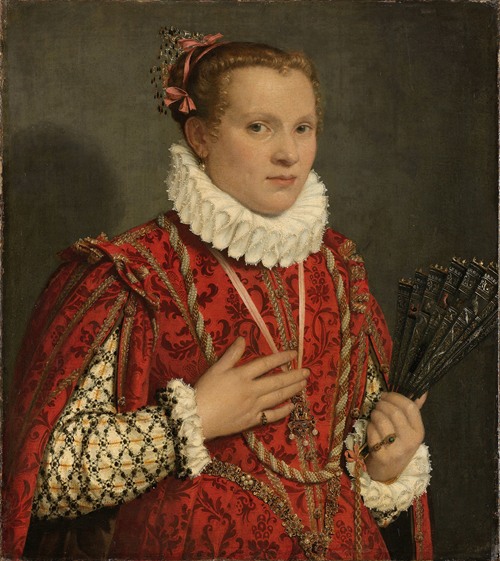 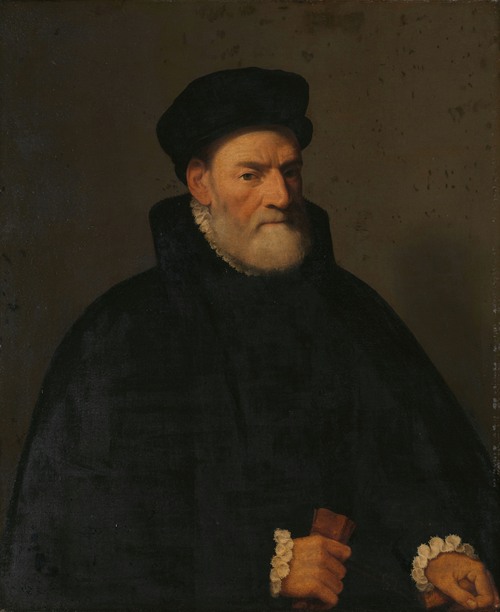