Géza Vastagh was born on October 4th, 1866 into a family of artists and revolutionaries. His father, György Vastagh (1834-1922), was raised in the Hungarian city of Szeged, today known as the home of paprika, but better known in the nineteenth century as a key center for nationalist revolutionary action.

Géza and his brother György the younger received their first art education from their father, but were sent to Munich in their mid-teens to study at the Academy of Fine Arts. Géza made his debut at the annual exhibition there in 1883 at the young age of seventeen. His debut painting was called Invitation to Fight (Aufforderung zum Kampf). That same year, he painted a traditional but sophisticated portrait of a girl, entitled Young Girl in a White Dress with a Blue Sash and a Rose. The carefully composed setting and props suggest that this was a commissioned portrait from a comfortable middle-class family. The above portrait of the children in a landscape was most likely and similarly a commissioned portrait of a family's two children and their favorite pet. In this large scale painting the siblings are composed in a landscape with the young lady seated in a white dress with a pink sash with a straw hat and parasol resting on the ground before her and her arm lovingly draped over the family dog. Her younger brother stands dressed in a mariner costume, holding a favorite toy and horse whip in a flowering meadow. Vastagh's depiction of everyday life portraits were received with favorable notice and marked by a distinctive sentiment unlike other Hungarian artist's more cold depictions in painting portraiture.

Geza Vastagh traveled to Paris and exhibited portraiture. He returned again to Hungary and joined his father's studio in Budapest in 1886 where he developed his sophisticated genre subjects influenced by his time in Paris. In 1890, after returning to Paris again, the artist began traveling to North Africa where he encountered an environment that was radically different both culturally and physically from Europe. It was there that he started to paint lions, an image that would come to dominate his oeuvre for the rest of his artistic life. Vastagh continued to develop in several areas, including genre painting, portraiture and wildlife. His work was popular in a variety of international art markets. Today, works of Vastagh are in the collections of the Hungarian National Gallery and the Museum of Hungarian Agriculture in Budapest. 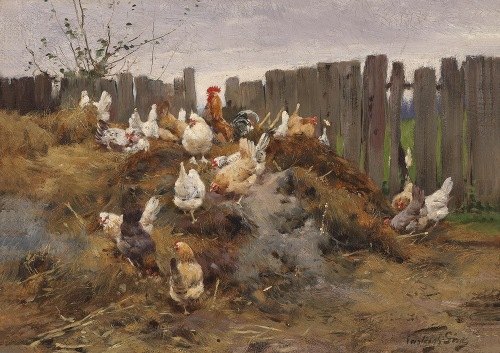 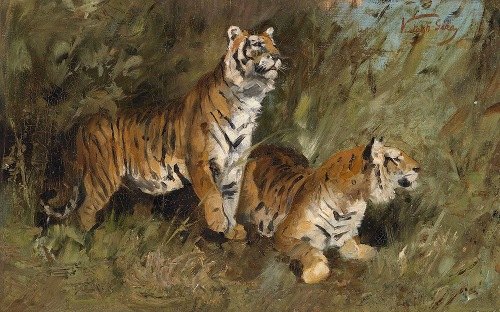 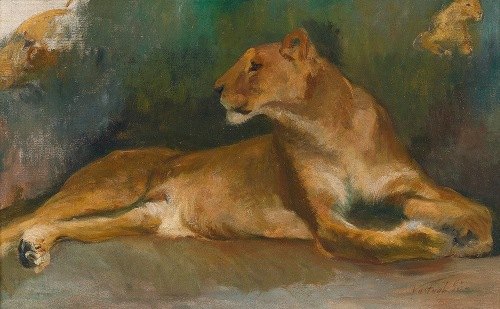 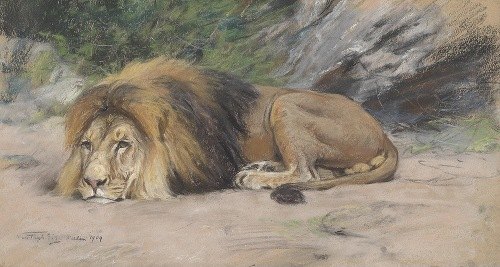 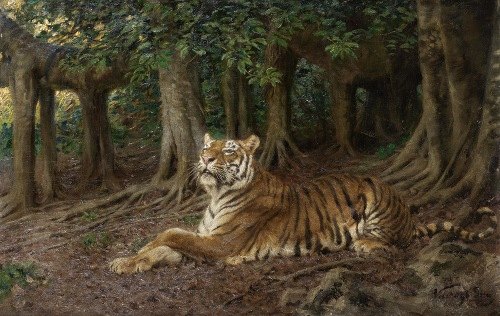 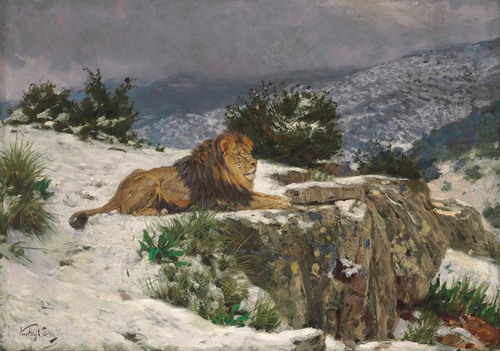 A Lion In The Snow 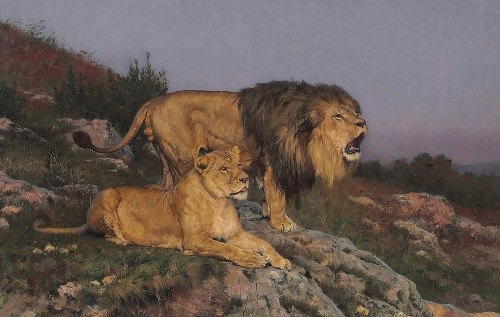 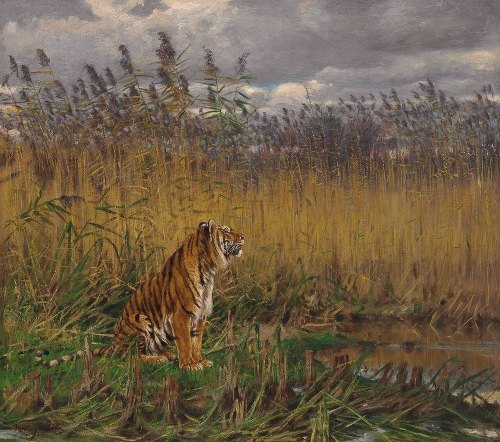 A Tiger in a Landscape

Head of a Lion 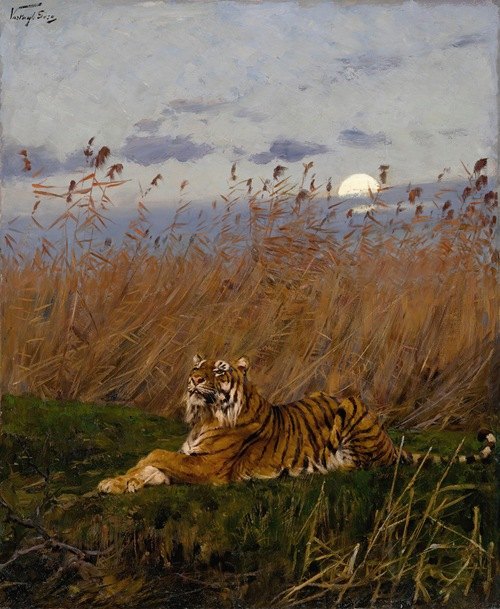 A Tiger Among Rushes In The Moonlight 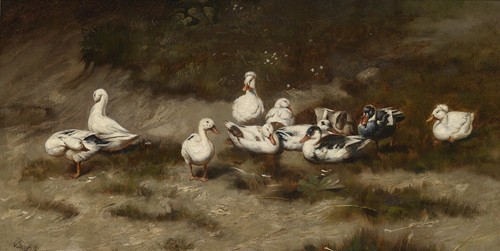