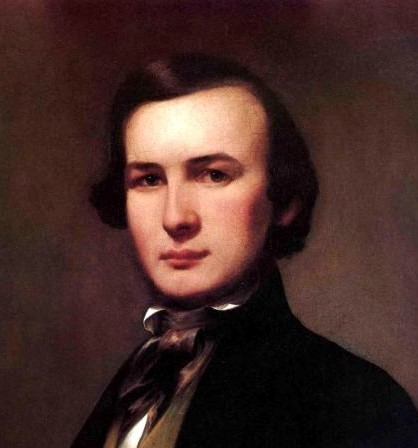 George Henry Durrie was an American artist whose rural winter scenes became popular when reproduced as lithographic prints by Currier and Ives.

He was born in Hartford, Connecticut. In his teens the self-taught artist painted portraits in the New Haven area. In 1839 he received artistic instruction from Nathaniel Jocelyn, a local engraver and portrait painter. After 1842 he settled in New Haven, but made painting trips to New Jersey, New York, and Virginia. Around 1850, he began painting genre scenes of rural life, as well as the winter landscapes that became popular when Currier and Ives published them as lithographs. Four prints were published between 1860 and the artist's death in New Haven in 1863; six additional prints were issued posthumously. The painter Jeanette Shepperd Harrison Loop studied with him.

Winter in the Country, A Cold Morning (circa 1863)

Winter in the Country, A Cold Morning (circa 1863)