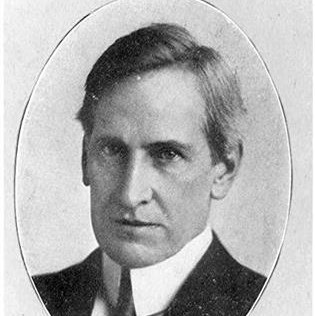 Edward Emerson Simmons was an American Impressionist painter, remembered for his mural work.

His father was a Unitarian minister. He graduated from Harvard College in 1874, and was a pupil of Lefebvre and Boulanger in Paris, where he took a gold medal. In 1894, Simmons was awarded the first commission of the Municipal Art Society, a series of murals—Justice, The Fates, and The Rights of Man—for the interior of the Criminal Courthouse at 100 Centre Street in Manhattan. This court is the criminal branch of New York Supreme Court (the trial court in New York), where many New Yorkers serve on jury duty. Later Simmons decorated the Waldorf Astoria New York hotel, the Library of Congress in Washington, and the mural series "Civilization of the Northwest" in the Minnesota State Capitol rotunda in Saint Paul.

In the year 1914, he travelled with Childe Hassam to view the Arizona desert paintings of the rising California artist Xavier Martinez at his Piedmont studio.

Simmons was a member of the Ten American Painters, who, as a group, seceded from the Society of American Artists. He was also considered a contributor to the style known as the American Renaissance, a movement after the American Civil War that stressed the relationship of architecture, painting, sculpture and interior design.

Simmons published his autobiography in 1922. 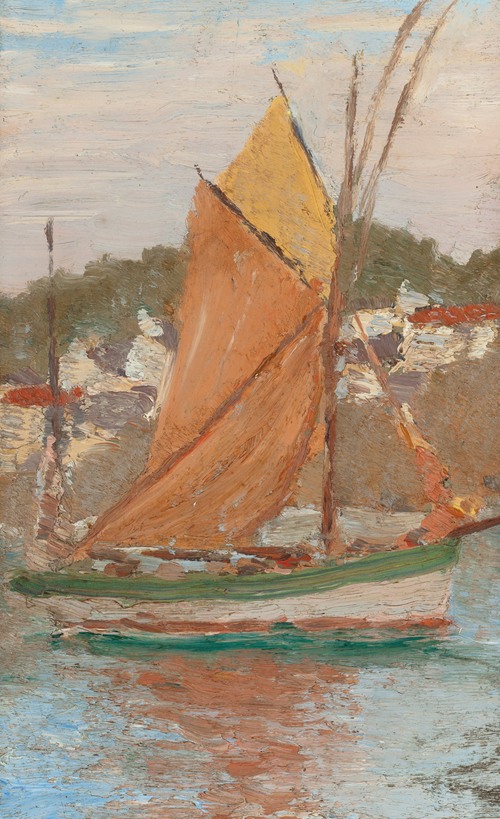 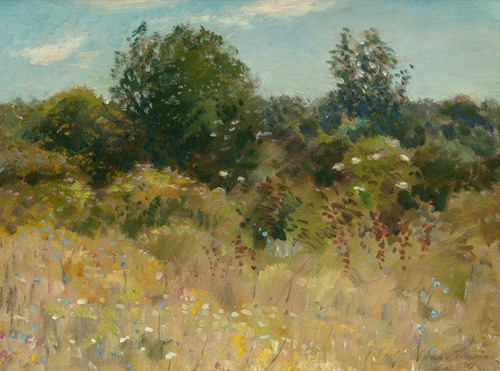 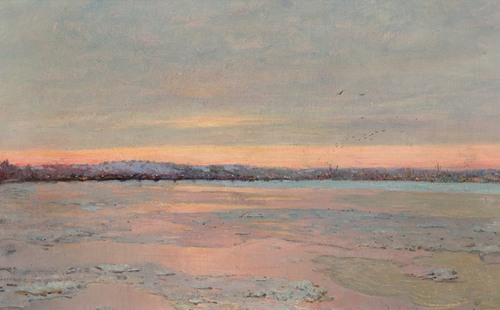 Winter Twilight on the Charles River