Alexander Pope Jr. was an American artist, both in paint and wood carving, mostly of sporting and still life subjects. He was born in Dorchester, Massachusetts and died in Boston, Massachusetts. He studied for a short time under the sculptor William Copley, and was one of America's popular gaming artists.

As a youth, he carved and sketched animals around his home in Massachusetts. In the 1860s, he worked for his family’s lumber business. Pope studied carving, painting, perspective, and anatomy with William Rimmer, an important romantic-baroque sculptor, painter, and influential teacher of many Boston artists. He published two sets of chromolithograph versions of his watercolor paintings: Upland Game Birds and Water Fowl of the United States (1878), and Celebrated Dogs of America (1882).

From 1879 to 1883, Pope created many well-received carvings of game; Czar Alexander III of Russia acquired two of the carvings. Pope became a member of the Copley Society of Art of Boston after its founding in 1879. In 1893, Pope began painting animal portraits and, later, pursued a career as a portrait painter. He also painted trompe-l'œil works.

Pope’s work is in many private collections and museums, including the Metropolitan Museum of Art, the White House, the Brooklyn Museum, the M.H. De Young Memorial Museum and the National Museum of Wildlife Art. 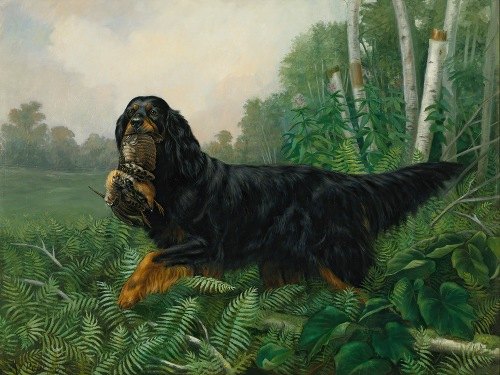 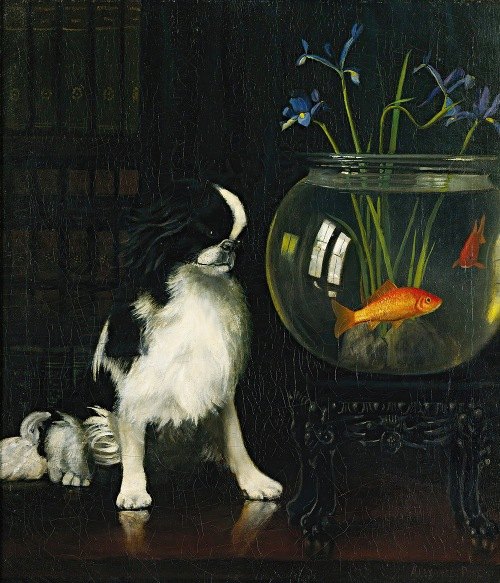 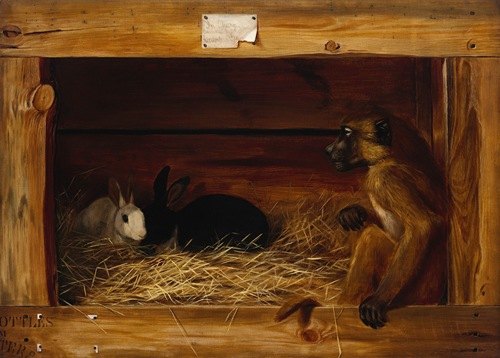 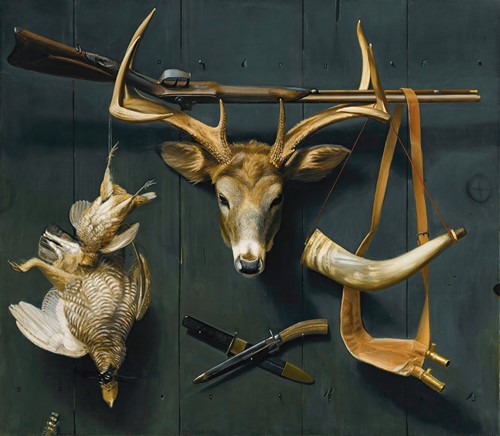 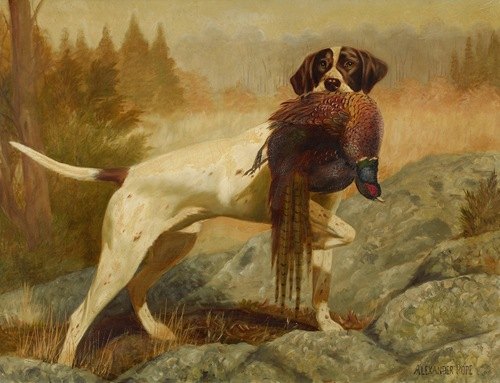