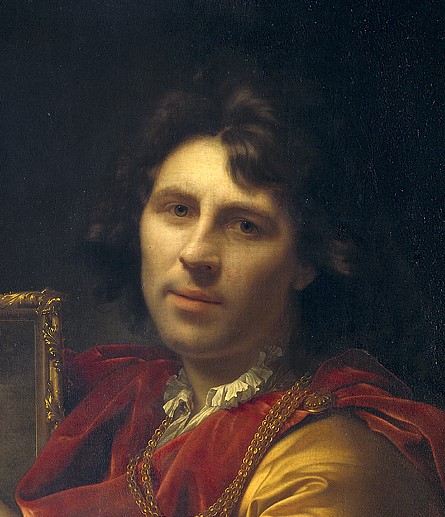 At the age of ten, he began to take lessons, two years later moving in with Eglon van der Neer, specializing in clothes and draperie. At the age of seventeen, he founded his own studio in Rotterdam where he later became the head of guild of Saint Luc. In 1696, he was paid a visit by Johann Wilhelm, Elector Palatine and his wife, Anna Maria Luisa de' Medici. The couple ordered two paintings to be sent to Cosimo III of Tuscany, Anna Maria Luisa's father, in Florence. During the next years Van der Werff traveled regularly between Düsseldorf and his home town. In 1703, he became the official court painter and a knight, when his former teacher and predecessor Van der Neer died. Van der Werff was paid extremely well by the Elector for his biblical or classical (erotic) paintings. In 1705, he painted a portrait of Gian Gastone de' Medici, Grand Duke of Tuscany. In 1716, he lost his job when the Elector died because the treasury was empty.

Van der Werff became one of the most lauded Dutch painters of his day, gaining a European reputation and a fortune. Arnold Houbraken, writing in 1718, considered him the greatest of the Dutch painters and this was the prevailing critical opinion throughout the 18th century: however, his reputation suffered in the 19th century, when he was alleged to have betrayed the Dutch naturalistic tradition. In the Victorian Age, people could not appreciate his art, so most of his work went into the cellars of the Alte Pinakothek.

Van der Werff also practised as an architect in Rotterdam, where he designed a few houses.

Self-portrait with the Portrait of his Wife, Margaretha van Rees, and their Daughter Maria (1699)